Latest data from Ada, Talon’s Out of Home data management platform, shows the dramatic change in population movement during March has plateaued in April as the nation’s behaviour begins to stabilise.

The coronavirus (COVID-19) pandemic has already brought about rapid and significant change to the way people live their lives. During the last two weeks of March, social distancing measures, home working, and the closure of all schools, non-essential shops and entertainment venues has had an unprecedented effect on the time people spend Out of Home and the journeys they take.

As Out of Home media specialists we have been tracking the impact of the pandemic on population movement across the UK and developed a dashboard to share the results. Using our proprietary data management platform Ada, latest figures show that whilst population movement declined dramatically in the latter half of March, as of the second week of April (6th-12th) numbers have now plateaued as the nation begins to adapt to this temporary way of life. 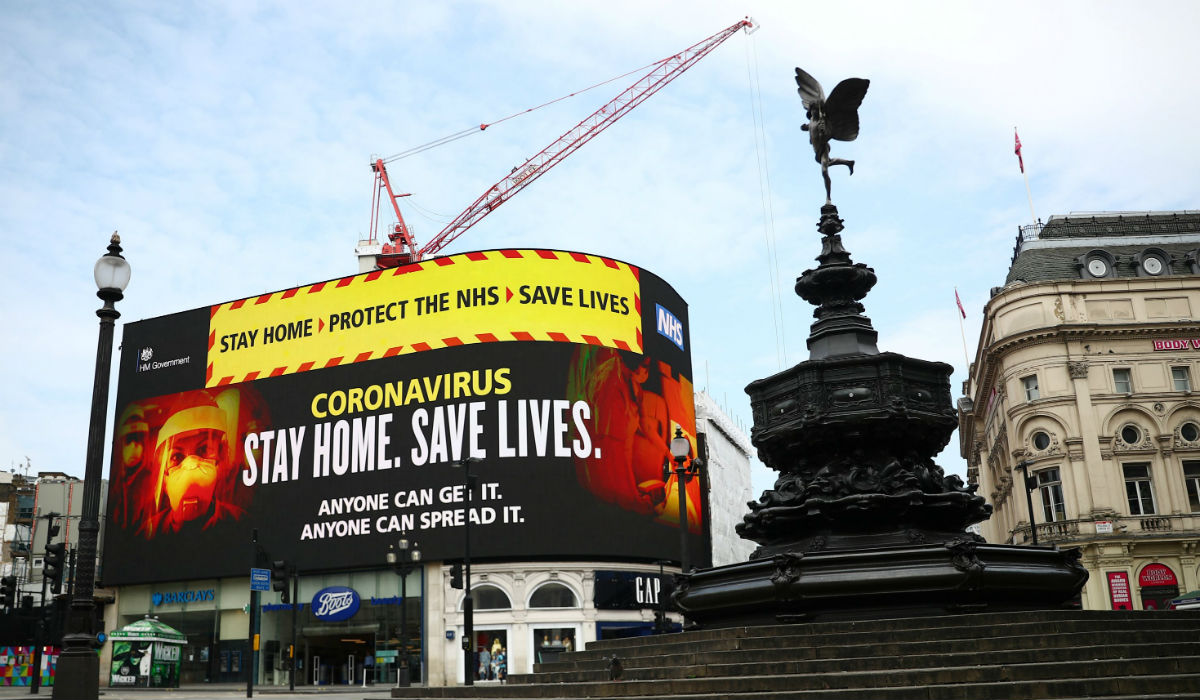 Key UK Out of Home Insights from Ada for the period 6th - 12th April:

Ada receives billions of anonymised location data points each week and transforms raw data into insights about people’s movements and behaviours. Unlike other data sets, Ada delivers OOH media specific insight, which can be mapped against OOH advertising inventory.

Ada has data partnerships with X-mode and Tamoco so location data spans all networks and devices to provide a fair cross section of the UK population. Whilst Google uses data directly from Google Maps and other mobile services, their data will necessarily be skewed to Android users. Likewise, Apple’s data methodology is also limited to Apple devices and the data generated through requests to Apple Maps. But with less than half of the UK population owning an Apple device and a substantial number of iPhones users opting to use other mapping apps, their data is even less representative of the UK population.

Ada also differs from other datasets because it uses multiple live and historic data sources to build a highly accurate baseline of activity. Ada reports from a baseline that uses normal periods aggregated across months in 2019 and 2020 to help dismiss anomalies. However, Apple uses data from 13th January 2020 onwards and Google uses January and February 2020 as the norm.

Sophie Pemberton, Strategy Director at Talon said: “We are witnessing a growing number of businesses collecting and displaying general audience movement information. Crucially, however, Ada is specific to Out of Home behaviour and has been developed by channel experts and as such, will be the source of truth for all OOH planning throughout this period of disruption.”

Ada’s next data review will look at the week ending 20th April and be published on the 27th April here.

Imran Elahi: an outsider’s view of programmatic advertising in digital Out of Home

Learn more about our expertise